Tiddalik the Frog is a dreamtime story believed to represent the water-holding frog from central Australia which burrows underground during dry periods only to emerge during the wet, where it absorbs large amounts of water, breeds and feeds in preparation for the dry.  During times of drought the frogs were a source of water for the aboriginal people.

There are various dreamtime stories about Tiddalik the frog with slight variations however the common story is that Tiddalik awoke one morning with a huge thirst, and he drinks all the fresh water in the world, soon animals and plants were dying.  The animals decide to make Tiddalik laugh with various animals trying with no luck, eventually he laughs and the water gushes out of his mouth back into the lakes, swamps and rivers again.

One version is as follows

Once upon a time, a long, long time ago in the Dream Time there was a greedy frog called Tiddalick. Tiddalick wanted to be the biggest frog in all the land. One very hot day Tiddalick was very thirsty so he began to drink and drink and drink until the whole billabong was all dried up. When all the other animals came to the billabong to drink there was no water. They knew it was the greedy frog who drank all the water. They were very angry at him. If the animals wanted to get all the water out of Tiddalick and back into the billabong they would have to make Tiddalick laugh until all the water came out. 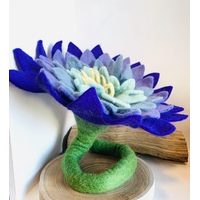 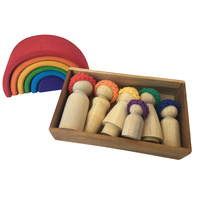