Four titles – Claws, Eyes, Flippers, Animals Move, I Have... and A beach for us to play – in a unique book set of Indigenous levelled readers by Indigenous authors and illustrators.

The Deadly Reads for Deadly Readers (Saltwater Series) book set provides Indigenous and non-Indigenous children with engaging and meaningful experiences with print to support their reading skills and intrinsic desire to read.

NOLA is the author of two of Magabala’s Deadly Reads for Deadly Readers series: I Have and A beach for us to play, and the children’s book The Sugarbag.

Dub Leffler is one of thirteen children and grew up in the small town of Quirindi, south of Tamworth in New South Wales. He is descended from the Bigambul and Mandandanji people of south west Queensland. Dub began his visual arts career as an animator and has worked as a muralist and art teacher. He has collaborated with internationally recognised illustrators such as Colin Thompson, Shaun Tan and Banksy.

Maggie Prewett is a descendent of the Ngarluma people of the Pilbara region of Western Australia. She grew up in Perth, and studied Design and Illustration at Perth Technical College. From an early age, art and literature were encouraged, thereby providing Maggie with a basis for life that has been filled with artistic enjoyment. Her paintings and ink drawings are held in collections throughout Australia and she has participated in a number of group exhibitions. Maggie has lived in Broome in the far north of Western Australia since the 1970s. 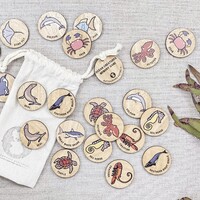 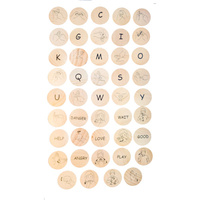