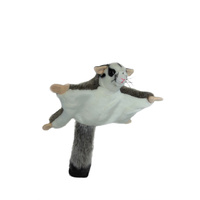 Squirrel Gliders are small possums that have distinctive membranes of skin, stretching between their front and hind legs, that enable them to glide with ease through the air.

Squirrel Gliders, Petaurus norfolcensis, are often mistaken for the more common Sugar Glider, Petaurus breviceps.It is,in fact, the larger of the two with a long bushy tail as wide as the body at the base and longer, pointed face.The fur colour is usually a brown-grey with a darker stripe from the forehead and down the back. The underside of the body can vary from a pale grey to creamy yellow. The broad, bushy tail while similar in colour to the upper body, has a distinctive dark tip.

The Squirrel Glider has a preference for wet and dry sclerophyll forests and woodlands. While they are often found in the drier forest areas, in some areas of Queensland they prefer wetter forest areas bordering on rainforest. The most common vegetation areas where they can be found are usually charactized by one or more species of iron-barked eucalypts.

When the species was first described in 1792, it was given the species name norfolcensis,named in the belief that the Squirrel Glider originated from Norfolk Island. This was incorrect.Being aboreal, the Squirrel Glider can be found along the Great Dividing Range from central Cape York, Queensland south to central Victoria with some isolated pockets in eastern South Australia. 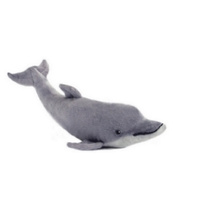